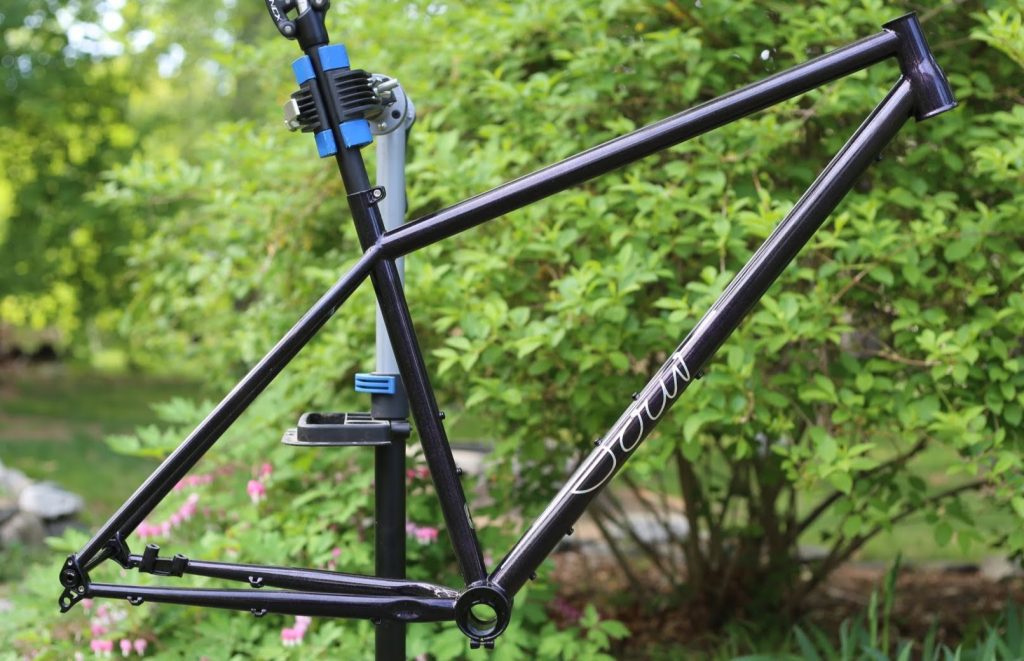 Over the past six or seven months I’ve become fond of riding single speed bikes. The Wolverine has seen hundreds of miles of pavement, dirt roads, and tamer trails. My Jones 29er has been a single speed since October and in that time has seen more miles both than my geared mountain bikes combined, even though winter sees the Wozo getting the most use. Lately the Jones has been sporting some wide dirt drop bars and narrower 2.25″ tires, which on the right trails it can be surprisingly fast but has lead to me wanting a single speed mountain bike for more general trail use.

I thought briefly about converting the Wozo, as it’s sliding dropouts make that possible, but I already swap wheelsets on that bike seasonally and was pretty sure a dedicated SS MTB would be worthwhile. I was also looking for something more purpose built and lighter than the Wozo (it is a fatbike after all); think 29×2.35ish tires, 100mm of front suspension, ~25ish pounds. There were a few frames that looked promising for a build like this but the one that really got my attention was from a German company called Sour Bikes. The Pasta Party smote me with it’s clean, svelte lines and moderate XC geometry (69º HTA, 75º STA, 435mm CS, 455mm reach in size L).

Fast forward a bit less than 3 months later (with about 2 weeks of that spent sitting in Customs) and my new frame has arrived and it’s a looker. Sour’s frames are made in Taiwan but finished in Germany so when ordering you get to choose the frame color as well as the decal color (which go under clear coat). My frame has “chameleon cherry” powder coat, which is a dark purple with metallic flake. The headtube and rear flat mounts were also faced during finishing so the frame is ready to build. 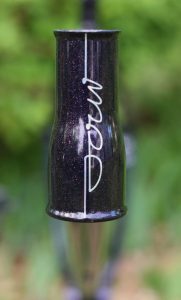 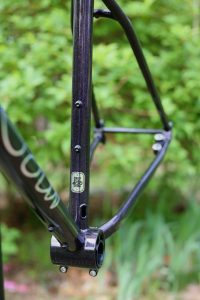 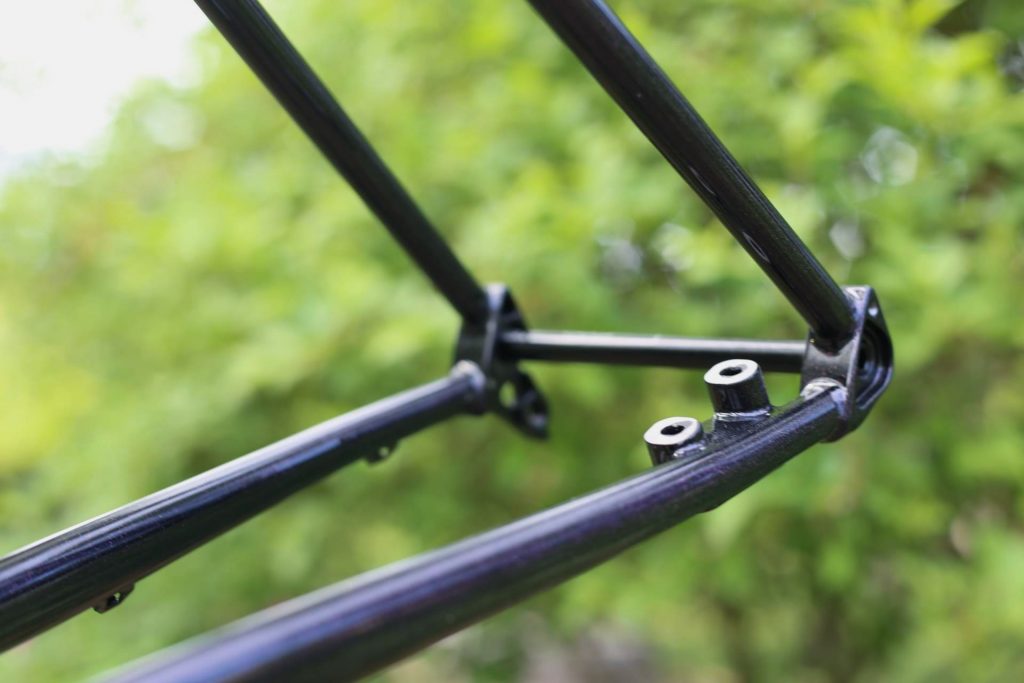 The rear flat mount is designed for a 160mm rotor without needing an adapter or different length mounting bolts. I’ll be using Shimano SLX 2-piston calipers (front will be post mount with 180mm rotor).

The bottom of the seat tube has a provision for an internally routed dropper post. It takes a 27.2mm post, which can be somewhat limiting, but I’ve had good experience with PNW droppers and the smaller seat tube just looks right on a steel bike. Chain tension adjustment is via a pinch bolt eccentric bottom bracket shell.

The frame comes with a single speed dropout that can be swapped in for the geared dropout, and cable clips that are mounted on downtube braze-ons (Twin Six frames are the others I’ve seen that do this but there may be more examples).

I’m still waiting on rims and spokes but hope to have the wheels built in a week or two. In the meantime I’ll probably start bolting parts to the frame.